Shaykh Salah Mahmoud was born in Egypt. He completed hifdh of the Holy Qur’an at the age of 10. He earned his B.A. in Islamic Studies from the prestigious Al-Azhar University in Cairo, Egypt and continued his education to obtain various valuable Ijazaat in Qur’an.

Previously, Shaykh Salah has served as an Imam in both Jamaica Muslim Center and The Muslim American Society of Queens in New York City.

Prior to joining to ICF, he was the head of the Islamic Studies & Qur’an Department at Brighter Horizons Academy and also served as a visiting Imam at various Masajid in Dallas, TX.

In his free time Shaykh Salah loves to play soccer and table tennis. He enjoys putting his chaplaincy skills to help others.

Shaykh Salah is married and has one child and has been living in USA for more than 8 years.

He speaks Arabic, English, and is learning Urdu for his newborn baby who is an American-Pakistani-Egyptian. 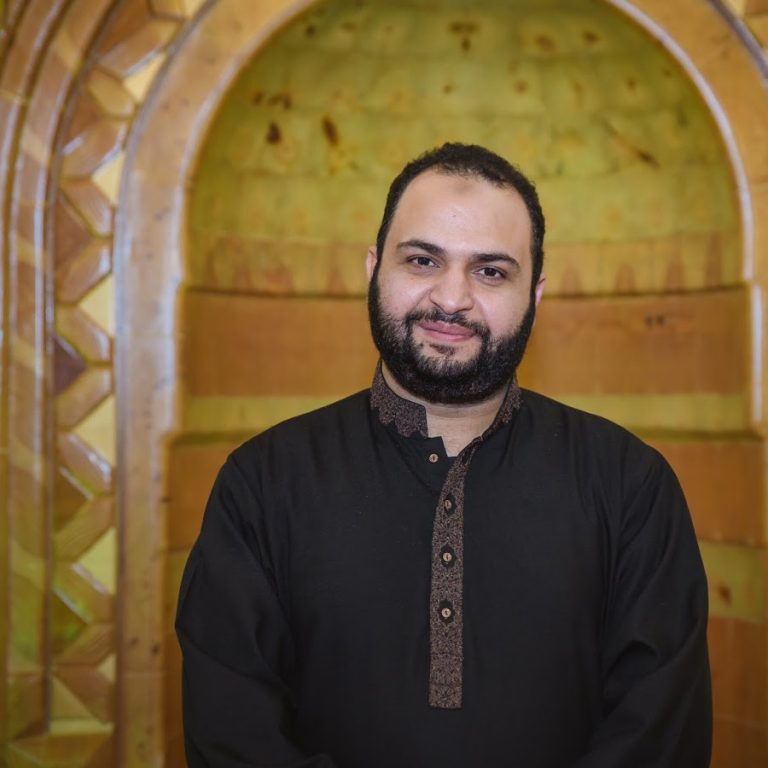