Dr. Hafiz Abdul Waheed Awan, the son of a great Sheikh-ul-Hadeeth Molana Abdul Haleem, was born in Okara, Pakistan in December 1964. After becoming a Hafidh-ul-Quran at the age of 10, he graduated from Jamia Muhammadia Okara, Pakistan and earned his Darse Nizammi and Wifaqul Madaaris degrees at the age of 16.

In 1986, Dr. Abdul Waheed became an Honors Graduate from the International Islamic University Islambad, Pakistan majoring in Kulliah Usuluddin (Islamic Studies Qiraat). He completed his Masters from the same University in Tafseer and Hadeeth in 1990. The Islamia University Bahawalpur, Pakistan awarded him with The Doctorates degree in Hadeeth in 2010.

Dr. Hafiz Abdul Waheed served as a lecturer in Islamic Studies at the Govt. College of Commerce Rawalpindi, Pakistan from 1989 to 2004. He was also a research scholar for the Dawah Academy at the International Islamic University Islamabad, Pakistan from 1992 to 1996. In the US, Dr. Waheed served as a Senior Quranic Teacher at the IACC Plano in Texas, USA from 2004 to 2012. Currently, Dr. Waheed is the Director of Abdul Haleem Quranic Institute. 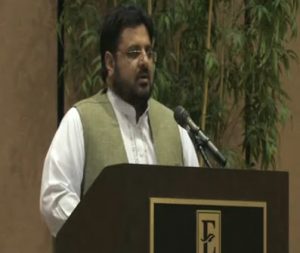